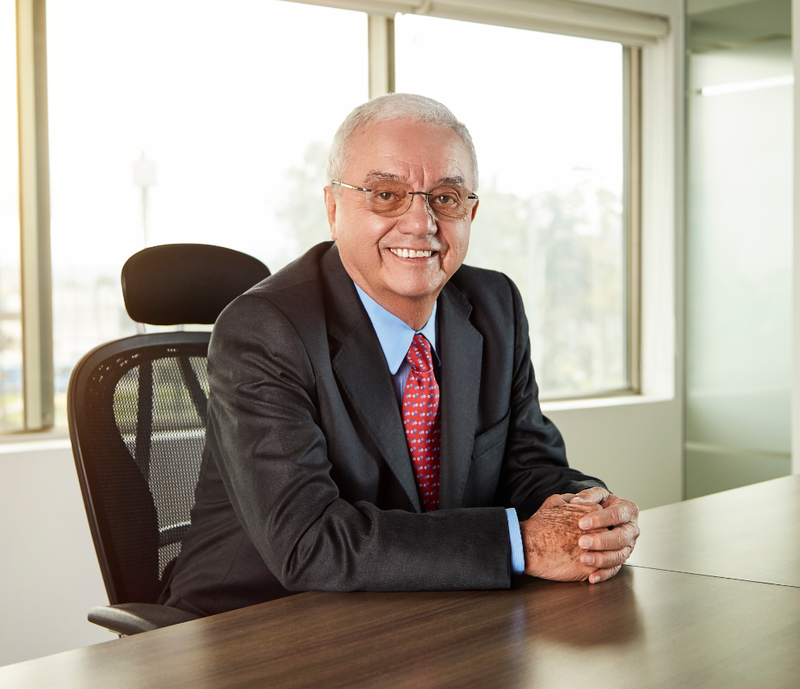 The manager of Fedearroz talks about the first export of plain rice to Cuba, the possibilities that there are other countries interested in our cereal and how one of the main sectors of the Colombian economy closes the year.

December 4, 2021 - Rice is the food par excellence in the Colombian family basket. Average per capita consumption is estimated to be over 43 kilos per year, reflecting the strength of this sector of the economy. Meta is more than 66,000 hectares planted, while Casanare is by far the most sown, with more than 158,000 hectares planted.

However, although they have the largest extensions of land, the rice production of the Llanos does not exceed that of Tolima and Huila.

Periódico del Meta (PDM) spoke with Rafael Hernández Lozano (RH), general manager of Fedearroz, about the export of 300 tons of rice from Meta to Cuba and to know how this year closes, which is one of the most unions strongest in the country.

It is the first export of Colombian rice, by the Federation.

PDM: How did Cuba negotiate with the Meta rice growers to finalize the export?

RH: These are contacts that we have made for a long time, looking for markets in other countries, because it is not only looking for the market and the client, but also that governments make the product visible; in this case, the government helped us to get admissibility in Cuba.

PDM: What do the Chinese have to do with it?

RH: We had been talking to a Chinese company interested in buying rice to be sent to Cuba, that company is called 'Yutong', but they even have nothing to do with rice because they are bus manufacturers in China, however, it is interested in merging these markets so we decided to make contact with them. The first negotiation was made to export 300 tons to Cuba, which this week could be dispatched.

PDM: Is it just the beginning of rice exports?

RH: It is the beginning for exports and to put our rice in international markets. It was chosen precisely that it was rice from the Llanos because of the interest in promoting the commercialization of rice from this region to other countries; The rice processed in the Puerto López plant of the Rice Growers Federation was counted with very good quality grain, we hope it will be well received and that it will be the beginning of exporting to these countries. I believe that with this export to Cuba there will be more demand for rice from this Chinese company, not only for this country but also for other countries.

PDM: Is there a market for Metense rice?

RH: Yes, and for Colombian rice in general. They have been talking to Mexico, Chile, Canada and other countries in what the government has called trade diplomacy. Fedearroz has permanently had people dedicated to looking for these markets, which is not easy because rice is very competitive. There are Asian countries and the United States that produce for export.

PDM: To be competitive, producers need to lower their costs ...

RH: We must achieve that production costs are lowered and precisely for that we have promoted the massive use of technology, which seeks to reduce costs by using less seed, less fertilizers, less chemicals, less water, etc. We are looking for this to lower costs and achieve competitiveness. Rice has been produced for less than $ 300 per ton, which is what already makes us competitive in the international market.

PDM: How are Meta and Casanare in terms of production?

RH: Well, 80% of the rice in Colombia is produced between Meta, Casanare, Tolima and Huila, of which the largest area is Casanare. The planted areas have varied depending on market conditions, but currently not only Meta and Casanare but the whole country has the problem of high costs due to the significant increase that has occurred especially in fertilizers. There are agrochemicals that have risen from 300 to 400%, those are extremely exaggerated highs.

PDM: Because of the 'container crisis'?

RH: Yes. Freight, containers and the frequency of ships from China to Colombia. It is an issue that worries us a lot because we know that rice is an intensive product in the use of fertilizers, especially nitrogen, but it is what has risen the most above 200 dollars per package. It really makes that almost impossible under current conditions to be able to produce, so we ask the government for help as well.

PDM: How can the government help?

RH: Although the international price does not depend on the government or the farmer, or the Federation, the government can make some figures that allow us to be more competitive, especially in what has to do with credits for farmers. The farmer also has to try to find the possibility of associating in order to obtain credits, for example for the construction of small drying plants.

PDM: Does the solution happen, as the Minister of Agriculture said, to stop planting rice?

RH: No. I believe that the farmer today is mature enough to know when and how much to sow, but the recommendation is to seek competitiveness, plant the best lots on the farm because the Amtec program (transfer of knowledge) is not made to turn a bad lot into a good lot, it is intended that the good lots are much better and can be produced at a lower cost.

PDM: And now that December begins, what is the balance for the rice sector?

RH: It was a really difficult year due to the problems of the pandemic since last year and the increased cost of freight. A year in which the harvest was sold at low prices because later there was a concentration in the months of August and for the first fortnight of September where a large volume of rice was gathered and had problems, for this reason the price fell. The vast majority of the sector was unable to extract production costs with their harvest.

PDM: Does the storage incentive work?

RH: This year we are asking the government to create a national council to set the guidelines for next year, especially for what has to do with prices and to see, ultimately, if the storage incentive is a mechanism, which has operated for many years, lately it has not favored the producers much. It must be reviewed to find the most appropriate way to reach the producer directly, with the aid that the State gives in terms of prices.

PDM: Is the issue of imports still a big obstacle?

RH: When they occur, they undoubtedly affect the price in the country, but in 2021 exports decreased by 95%. This year there were almost no auctions of rice from the United States due to the Free Trade Agreement. This year no rice came from the United States, nor from Ecuador or Peru either because there is a very large difference in money compared to rice from Colombia. There were no imports because there was enough inventory in the country. This year about 9,000 tons actually entered the country, compared to last year that 250,000 tons arrived.

PDM: Will there be new varieties of rice?

RH: Fedearroz works permanently in the genetic part, obtaining varieties that are available for the market for the next harvest. The recommendation to producers is that they use certified seeds, this of using sack seeds only infests the lots and ultimately ends up being more expensive because a seed is used that will contaminate the lots. If we want to become rice exporters, we have to produce a high-quality product and high-quality rice starts from sowing with certified seeds.

PDM: How are rice farmers committed to reducing climate change?

RH: That has been a commitment for years, we seek that all rice production is friendly to the environment. We are reducing the use of chemicals, fertilizers, and in the case of irrigation, there has been a very significant decrease in the use of water. The Federation's commitment to the issue of climate change is total, we have worked with many international institutions to make rice production less polluting.

PDM: What does Fedearroz expect from the new Congress?

RH: I believe that it is not only Fedearroz but the whole country, they want a more transparent Congress, a Congress that really works more for Colombians and that they stop more aggravating balls. In the campaign many things are offered but at the moment of truth they are not fulfilled. I tell the rice growers to seek to choose people who are truly committed to the sector and who comply with us.

PDM: What do the rice farmers expect from the new president?

RH: Let the agricultural sector in Colombia stop balls, because the debt that the State has is a debt of more than 60 years.