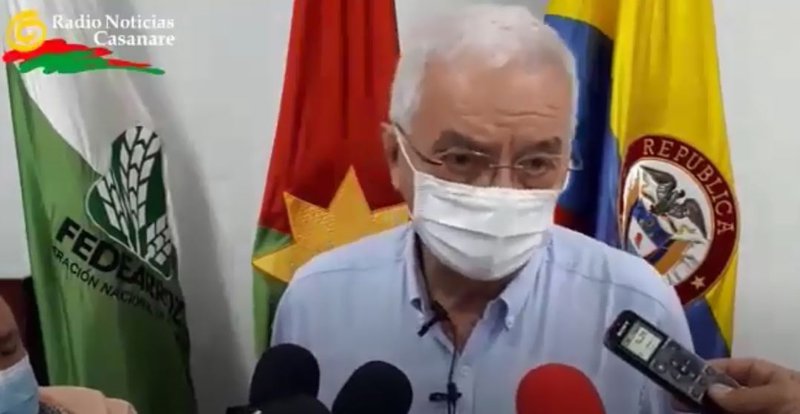 More support from the Government and commitments from farmers, essential for the permanence of rice in 2022

Bogotá, December 10, 2021. The members of the Yopal and Aguazul Rice Growers Committees, as well as delegates from the Villavicencio, Granada and Acacías Committees, met on December 9 in Yopal with the General Manager of Fedearroz Rafael Hernández Lozano, to analyze the results of the rice harvest in the second half of 2021, largely affected by low producer prices and increases in fertilizers that have exceeded 80%.

The union leader expressed his enormous concern about the consequences of such a situation and the repercussions that may occur in the next year, since some farmers expressed during the meeting that if the conditions indicated were maintained, they could make the decision not to plant rice.

In his presentation, the General Manager of Fedearroz was emphatic in pointing out that in the current situation, the government must implement all possible alternatives to support national production, because what is at risk is the generation of employment in many regions and food security from the country.

In developing the analysis of the harvest, it was made clear how important it is to continue promoting the associativity of farmers, tending to specify new drying and storage projects, as well as the acquisition of inputs in search of more favorable prices. Likewise, he reiterated the fundamentals of continuing to strengthen the implementation of technology in the rice sector through the AMTEC program, to increase productivity and reduce production costs.

The General Manager of Fedearroz, again recalled the unequal conditions in which Colombia is in the CAN trade agreement, for which he flatly rejected the possibility that the government allows expanding the agreements for the entry of rice from Ecuador, after that country will eliminate the safeguard on Colombian sugar.

The union leader also stressed that in the midst of the difficult conditions in the sector, very good news is the start of Colombian rice exports, which took place with the shipment of 300 tons of cereal to Cuba by Fedearroz, as part of a negotiation with the Yutong company.

Below video with the statements delivered by the General Manager of Fedearroz, here.