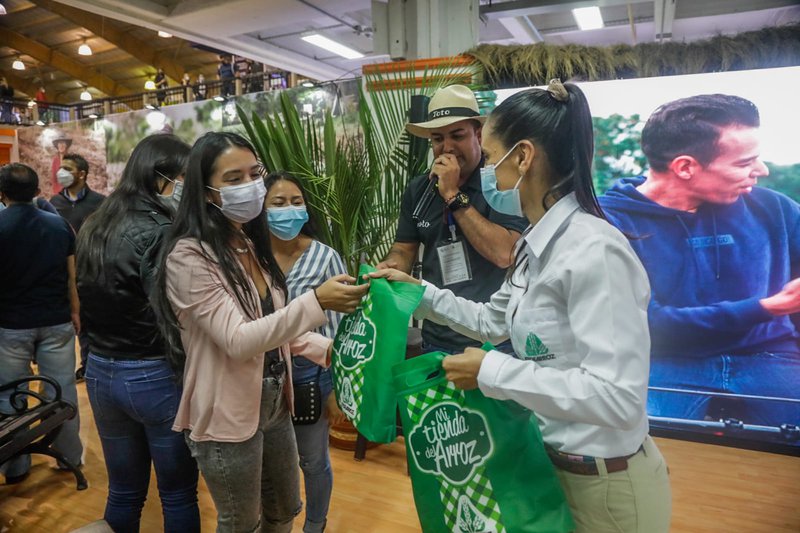 The Ministry of Agriculture and Rural Development launched its new consumer promotion commercial within the framework of Agroexpo, with Rigoberto Urán as the protagonist. The initiative is part of the 'Consuma lo Nuestro, Sabor de Colombia' campaign, which the agricultural portfolio has been leading to increase the consumption of Colombian products and pay tribute to farm workers.

Bogotá, October 27, 2021 (@Minagricultura) - To reactivate the country's economy in its entirety from rural areas, the participation and commitment of all Colombians is required. With this message, the cyclist Rigoberto Urán invited the attendees of Agroexpo through the new commercial 'Consuma lo Nuestro, Sabor de Colombia', of which he is the protagonist, to consume traditional Colombian products, also to interact and pay tribute to field workers.

“Reactivating the rural economy is everyone's responsibility. Let's go back to the galleries, the squares and the supermarkets, let's buy more fruit, vegetables, potatoes, yams, panela, chicken and fish, real food to move this country forward ", is the message of 'Rigo' in this new commercial promoted by the Ministry of Agriculture and Rural Development .

"An initiative aimed at promoting greater consumption of the food produced in our field, which began with the creation of a seal, allowing the alliance with large supermarkets, retail and supermarkets until the incorporation of the 'Contract Agriculture' program for to encourage trade at fair prices and without intermediaries, reaching to date the connection of 200,000 agricultural producers with businesses for around $ 1.4 billion ”, highlighted the Minister of Agriculture, Rodolfo Zea Navarro.

Antioquia cyclist Rigoberto Urán was selected by the Ministry of Agriculture and Rural Development to be the image of the 2021 campaign, which will soon be broadcast by traditional media and social networks.