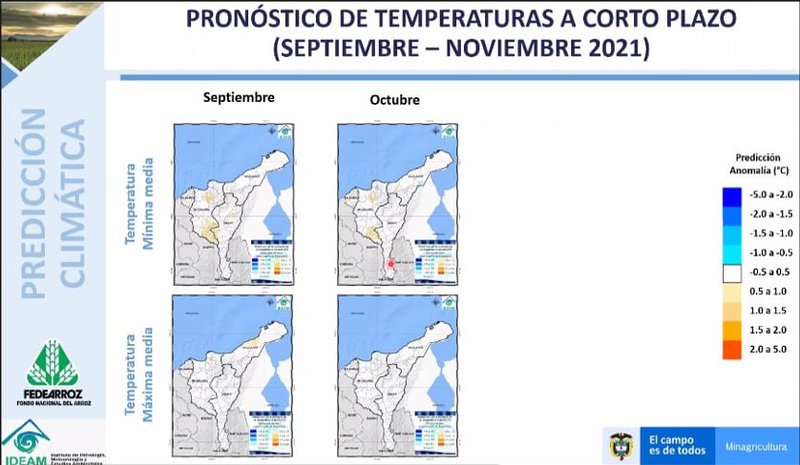 Agroclimatic Technical Table for the departments of Atlántico, Cesar, La Guajira and Magdalena

A session of the Agroclimatic Technical Table was held virtually from Valledupar for the departments of Atlántico, Cesar, La Guajira and Magdalena. During the development of the activity, IDEAM presented the current status of the ENSO - El Niño-Southern Oscillation; climatic pattern that consists of the oscillation of the meteorological parameters of the Pacific and what happened to the climate in the area during the first two months of the year.

A complete analysis was carried out on the level of the main rivers, and the risk of flooding due to the excessive rains that occurred in the month of August, and the weather forecast for the coming months was delivered. For November, it was recommended to closely monitor the passage of eastern waves, since lately they have left intense rainfall as they pass through Colombia, which can affect production systems.