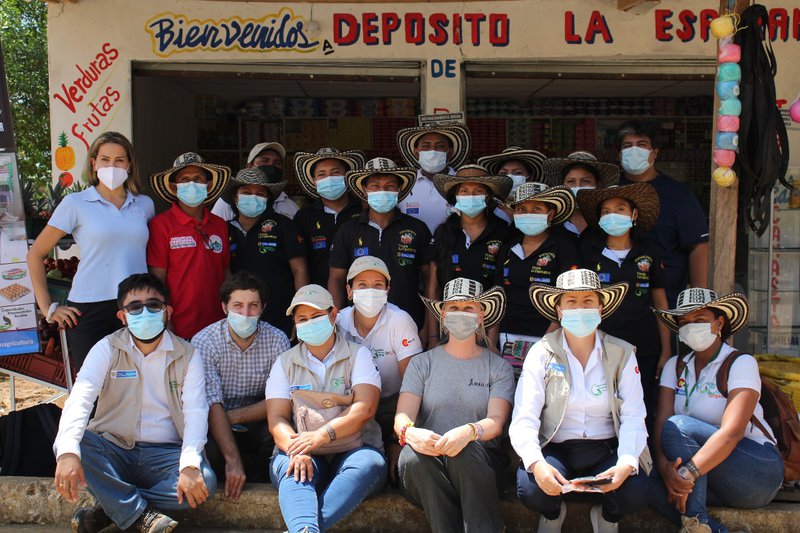 This was confirmed by the delegates of the International Fund for Agricultural Development (IFAD), a specialized agency of the United Nations (UN) who visited Colombia to evaluate the results of the 'El Campo Emprende' program.

Communiqué - Bogotá, October 19, 2021 (@MinAgricultura) - The Minister of Agriculture and Rural Development, Rodolfo Zea Navarro, announced that representatives of the International Fund for Agricultural Development (IFAD), the United Nations agency for rural development, reported that seek to replicate the 'El Campo Emprende' model in other countries of the world due to the scope, innovation, population coverage and objectives achieved by this program in Colombia.

“During the government of President Iván Duque, 'El Campo Emprende' has allocated $ 91,160 million to co-finance the implementation of 2,279 associative rural enterprises, which have benefited 26,199 families from 165 municipalities in 20 departments, and has allowed the generation of income and jobs in the territories most affected by violence and poverty ”, informed Minister Zea Navarro.

This program co-financed by the National Government, IFAD, the European Union (EU) and the Spanish Agency for Development Cooperation (AECID) is recognized as one of the best in the world for its impact and incidence in reducing poverty rural.

To evaluate the results of this program, IFAD representatives visited 12 associations from San Juan Nepomuceno and Zambrano (Bolívar) and Morroa, Palmito and Tolú Viejo (Sucre), which are dedicated to fish farming, fattening and raising livestock, laying hens. , growing yams and vegetables, making hammocks, restaurant service and community and agricultural stores.

The director for Colombia of the International Fund for Agricultural Development - IFAD, Maija Peltola, explained that “The great contribution of the program is the renewed relationship between the State and rural communities, thanks to a transparent management based on continuous accompaniment. El Campo Emprende is not only creating rural businesses and increasing family income, but it is also strengthening the voice of women and youth, ensuring good nutrition and improving the quality of life in the Colombian countryside in general ”.

The delegations of the Ministry of Agriculture and Rural Development and IFAD have also valued the fact that the project adapted to the difficult conditions imposed by the impact of the COVID-19 pandemic in Colombia, implementing technical assistance strategies remote control and sale of agricultural products through the internet and social networks that have benefited almost 10,000 families of small rural producers.

During this government, 16,574 rural women have been benefited, that is, 63.3% of the total population served; and to create opportunities and promote generational renewal in the countryside, 'El Campo Emprende' has allowed 10,738 rural youth (41% of the benefited population) to implement their business ideas.